Okinawa is the birthplace of karate, the martial art embracing the spirit of courtesy and respect for others. There are no more than 130 million karate practitioners from more than 190 countries beyond borders, religions, politics, and racial differences. It will make its debut appearance at the Summer Olympics in 2020 in Tokyo, and is becoming more world-renowned martial art. 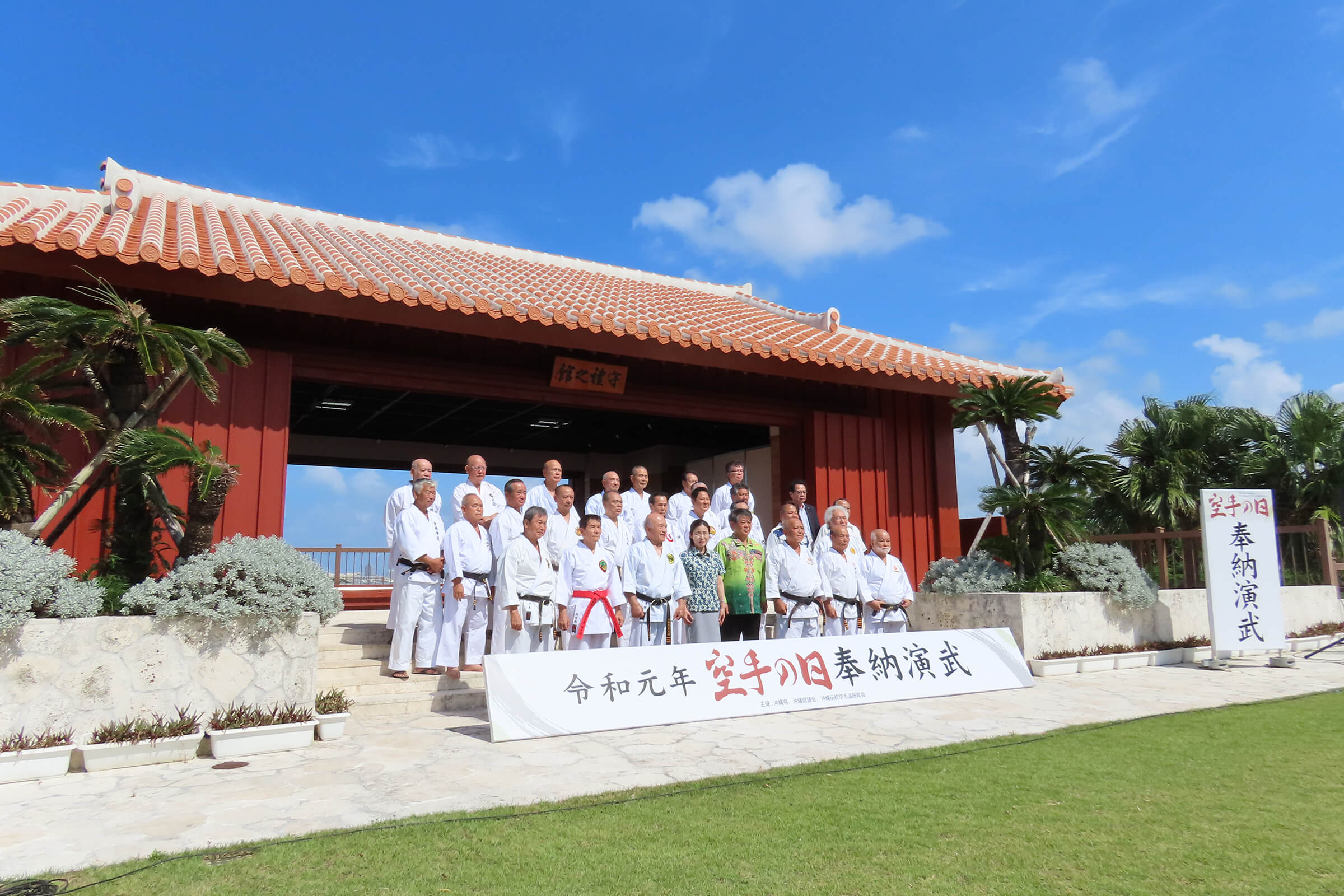 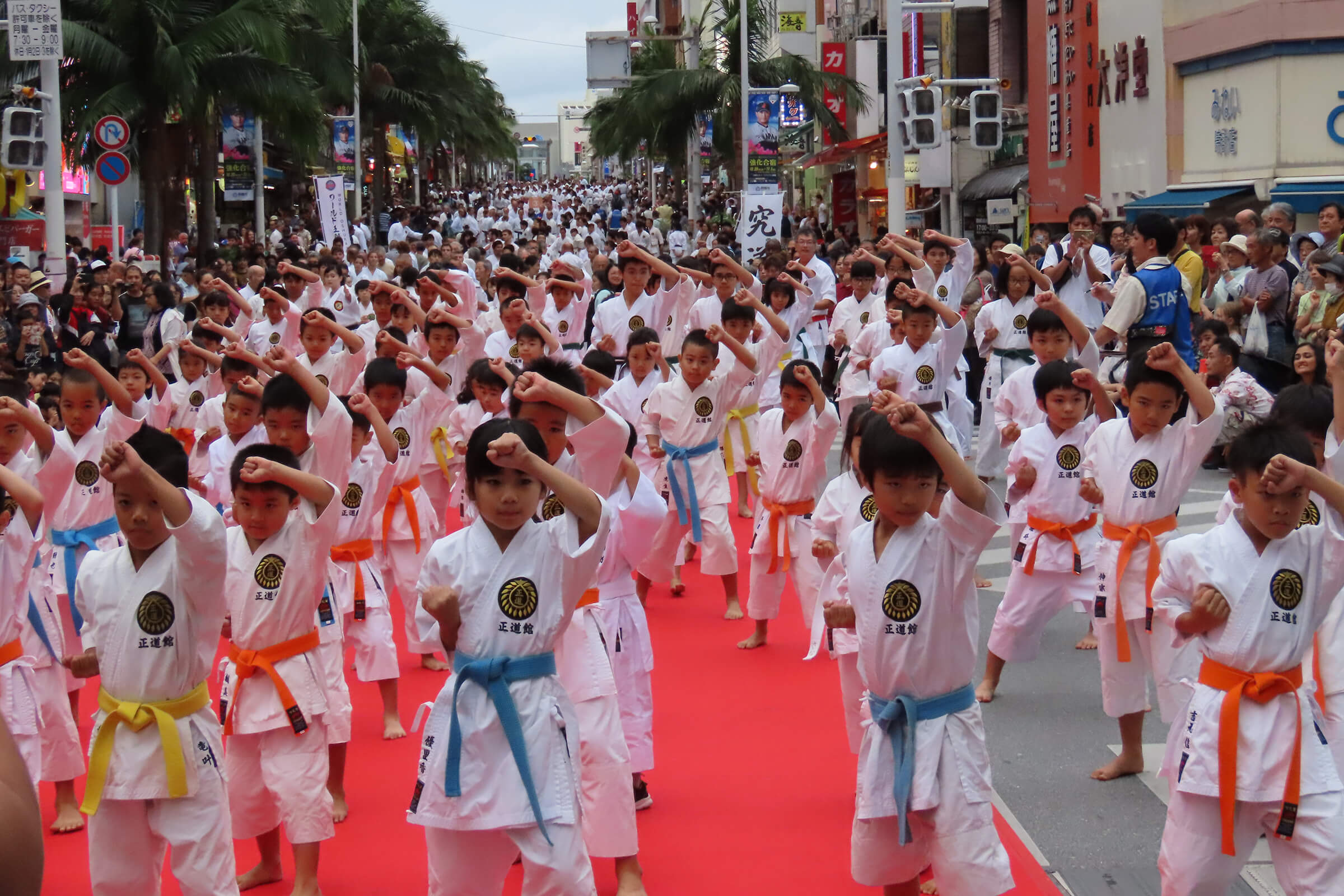 There are various theories about the origin of karate, but the roots are Ryukyu Kobudo, a self-defense technique that samurai in Ryukyu learned as a liberal arts during the Ryukyu Kingdom era. It is said that the government policy of confiscating and banning weapons in order to establish a peaceful kingdom leaded the foundation of philosophy of Karate-do. The Okinawan martial arts since ancient times and Chinese martial arts merged to create the basis of current karate. Karate uses techniques such as thrusting, kicking, receiving, turning, throwing, solidifying, and extremes, and has developed mainly in three areas: Shuri, Naha, and Tomari. After its blooming, many schools emerged and separated, then spread to mainland Japan and the world. Today, karate is widely accepted by people around the world as a tool of self-defense, sport, and mental training.

It is very important to learn kata that has been inherited from the predecessors. Kata is the form of sharp, clean movements integrated with both offense and defense. By training the same kata repeatedly every day, it leads to build both physical and mental strengths, and also teaches patience, in addition, there are methods to improve weak body parts by using tools as well. Kumite is a modern way of training considered to be integral with kobudo (old martial arts) and it uses weaponry, torite-jutsu (a system of joint locking and striking utilising acupuncture points to enhance the effectiveness of the self defence techniques), and kansetsu-waza (joint locks).

Martial arts created by a culture that accepts others flexibly 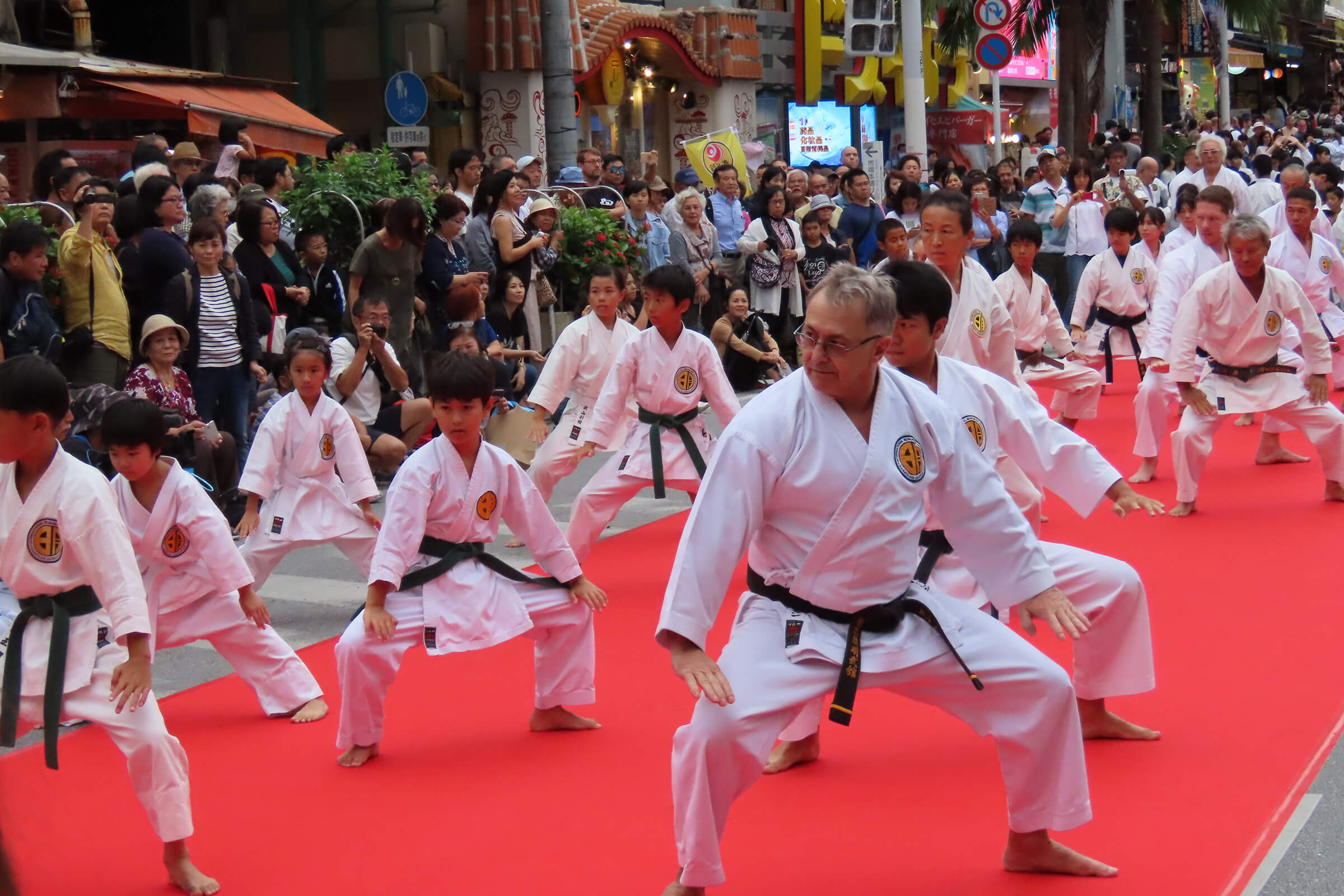 Thanks to the efforts and achievements of immigrants and many karate practitioners who have actively engaged in spread karate activities and philosophies overseas. Some of them are the U.S. military personnel who were fascinated by karate and pursued training while they were stationed in Okinawa under the U.S. administration era and they took their passion for karate with them on their return home and spread as well. One of the reasons why karate has been accepted not only in Japan but also overseas is its natural flexibility and philosophies that accepts differences and celebrates diversities. Looking into its flexible adoption of various cultures and technologies through the trade relationships with China, Taiwan, and Southeast Asian countries, as well as the mainland of Japan during the Ryukyu Kingdom era, karate is a good example of all of this. “Karate is not for an attack,” “Struck by no one Strike no one Peace without incident” are its principles and ideas, and karate itself is a way of living having the strong universal message of celebrating creativity, originality, and diversity. This is likely to be a factor that karate has been welcomed around the world.

Karate itself does not have a concept of a “match” originally. It is a self-defence technique, also a self-discipline method, and always required to face yourself, not someone as a match opponent. The purpose of Okinawa Karate is to develop well-balanced mind and body, through training that starts and finishes with a bow. It is clear that the essence of karate is not only learning techniques, but also learning of the spirit of courtesy. Therefore, karate is called “a martial art of peace,” and there are many karate practitioners from all over the world visit this birthplace to deepen their friendship.