By using ingredients rooted in each region, Okinawa evolved its food culture. Furthermore, Okinawan food culture was influenced by various countries during the Ryukyu Kingdom era. Under the U.S. administration after World War II, Okinawan people used canned ingredients such as pork luncheon meat, etc. and it makes Okinawan food culture more different and special. "Champuru" is a dish with tofu and various ingredients, and "champuru" is the Okinawan language meaning of "mix". Using this iconic word, Okinawan culture is often referred to as "champuru culture" because a variety of cultures have mixed and matured. Here is the description of Okinawan food culture including Ryukyu cuisine and Awamori registered as Japan Heritage in 2019.

Okinawa had diplomatic relations with China, Southeast Asian countries, Korea and Japan during the Ryukyu Kingdom era and it had various influences on the food culture. Among all, the influences of Chinese food culture was strong and this is why there are many pork-based dishes in Okinawa. Those dishes make Okinawan food culture called Ryukyu cuisine, and there are two types, the one is court cuisine, and the other is ordinary people’s cuisine. Court cuisine was prepared to entertain guests from various countries during the Ryukyu Kingdom era, and ordinary people’s cuisine was cooked and eaten by ordinary people.

Court cuisine was created to welcome national guests from China, and was served for court events, ceremonies, and entertainment, so there were many elaborate dishes. The appearance is gorgeous, for example, it is served on Ryukyu lacquerware called “Tundabun.”

On the other hand, ordinary people’s cuisine was created from local lifestyle that can never be said to be wealthy, uses ingredients obtained from nature thoroughly and zero waste. Making those dishes the most of the wisdom of life, providing a well-balanced nutrition. Those dishes are called “kusuimun”, meaning of “food that acts as a medicine” or “nuchigusui”, meaning of “medicine for life”. This way of thinking and the diet that medical treatment and daily diet have the same source with the idea of “ishoku dougen”, which means that the equal importance of medicine and diet for a healthy body.

In addition, Awamori is an indispensable item to describe Okinawan food culture as well. It is made with black koji mold and Thai rice, and has a history of more than 500 years. It has been served as a gift to the Edo Shogunate, and also served as a feast for Chinese diplomats at Shurijo Castle. Even today, people enjoy Awamori for ceremonial occasions, traditional rituals, and often drink after long aging. 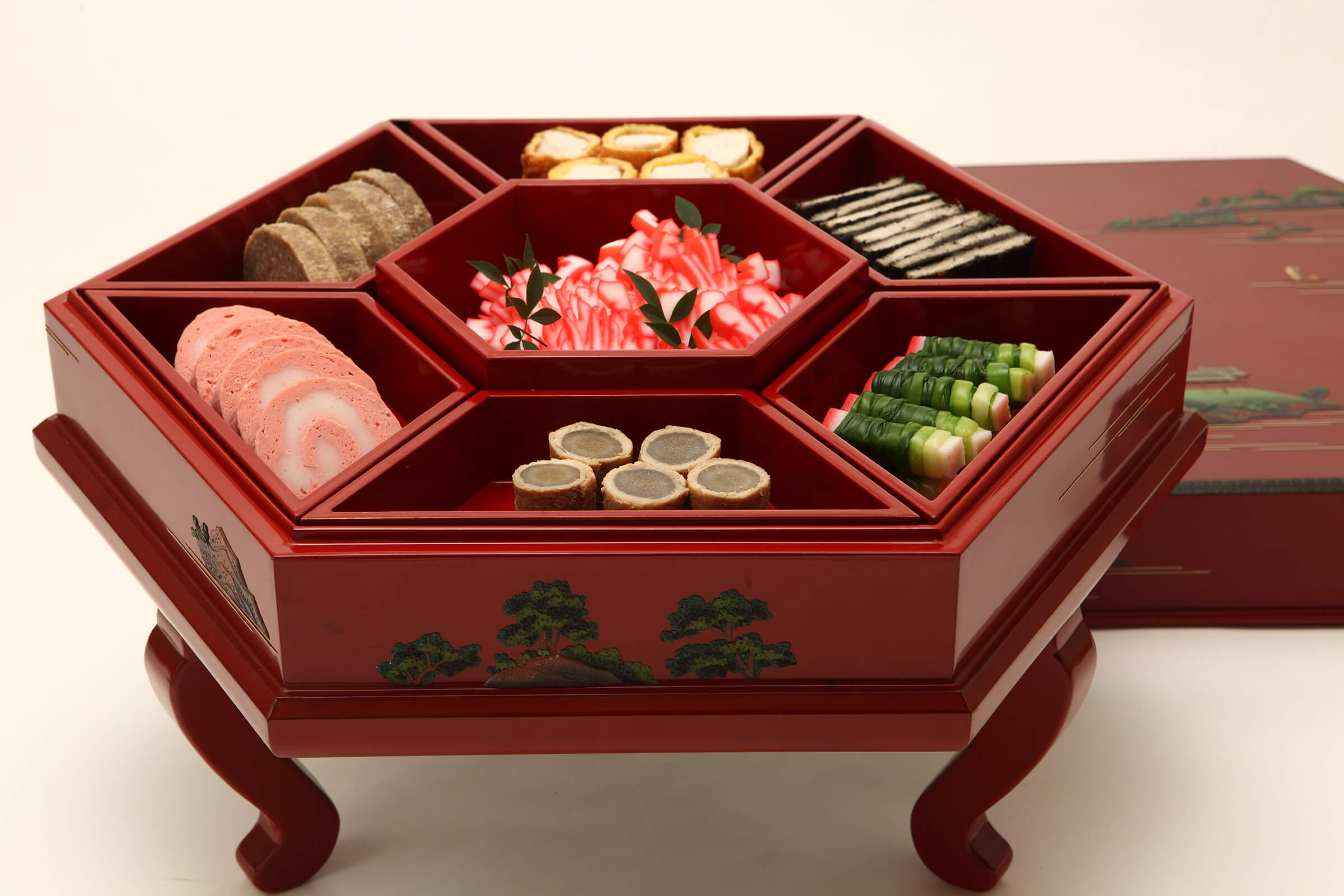 Okinawa has been an independent country called the Ryukyu Kingdom for 450 years since 1492. Gorgeous court cuisine was born in the kingdom for court events, ceremonies, and entertainment. It is said that the exchanges with Chinese diplomats who visited the Ryukyu Kingdom by the order of the Chinese emperor since the 15th century, also the relationship with Satsuma (currently Kagoshima Prefecture) since the 17th century conveyed the development of cooking techniques and the ingredients usage. 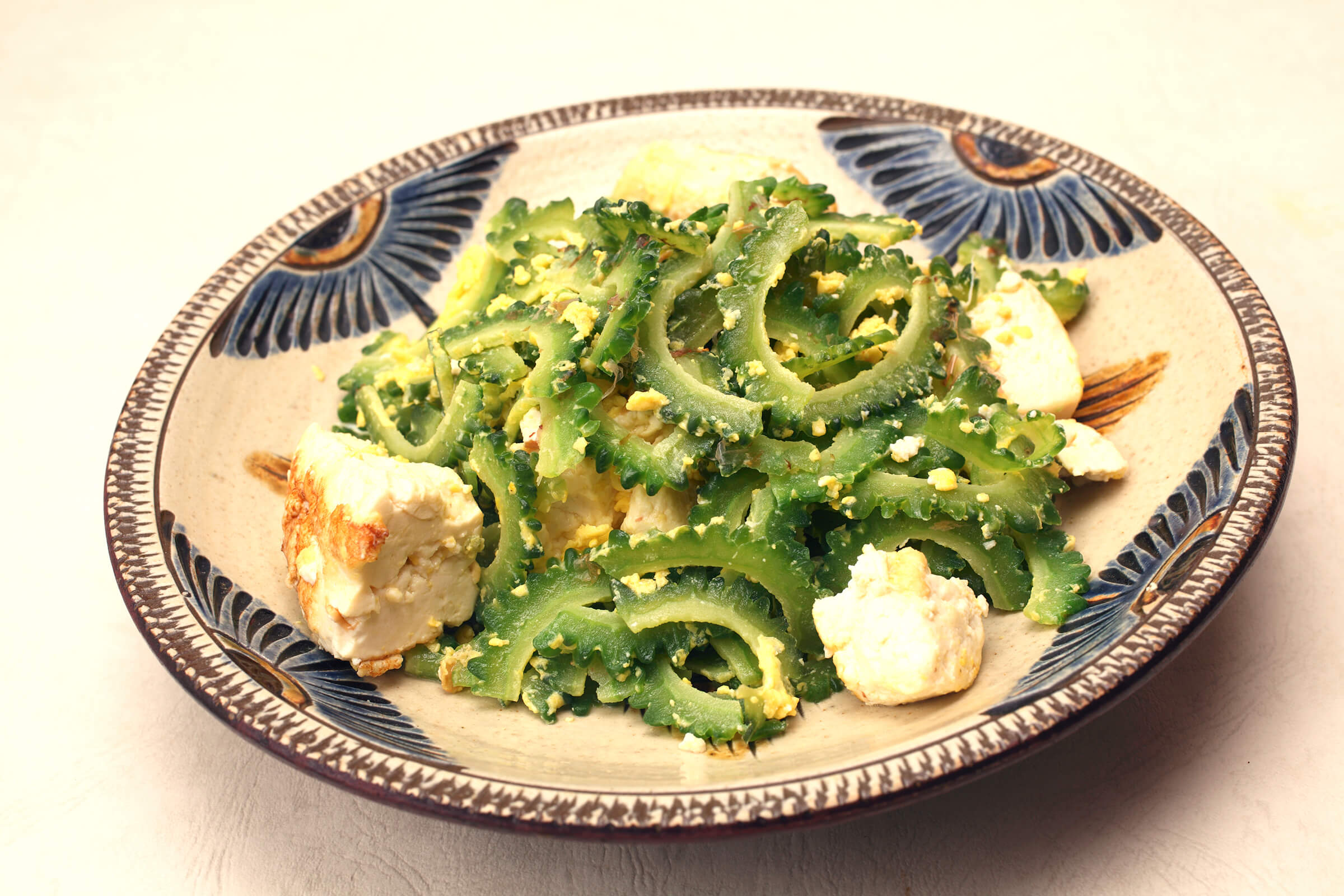 The dishes of a combination of nutritious ingredients cultivated by a subtropical climate and ingredients conveyed in trade between Japan and China due to geographical and historical backgrounds. Ingenuity has been devised to ensure that nutrients are evenly distributed with certain ingredients, such as “champuru” fried with tofu and seasonal vegetables, and “irichi” which is fried and boiled with root vegetables and low-moisture ingredients.

A type of distilled sake made with Thai rice, a unique sake made in Okinawa using black koji mold. Not only drunk during the meal, but also used as a seasoning to give a unique flavor such as “rafute (Okinawan Braised Pork Belly) .” It is said that the quality of awamori is improved by laying it for a long time. Aging makes awamori more tasty, and those that have been laid for more than three years are called “kusu”. Awamori lovers also appreciate its drinking vessels such as “yushibin”, “karakara”, and “dashibin” to enjoy awamori.