Originating back to a ritual "kami-ashibi," meaning "singing songs dedicating to God," in ancient times, the entertainment in Okinawa has flourished as hospitality and local traditional events. The culture and traditions cultivated has been handed down now.

Okinawa is known as a treasure trove of entertainment. Once upon a time, Okinawa was the Ryukyu Kingdom and created its own performing arts under the influence of China, Japan and Southeast Asian countries. Traditional performing arts in Okinawa can be broadly divided into two categories: court performing arts and folk performing arts.

The folk performing arts such as shishi-mai (lion dance), eisa-, and minyo (folk songs) are performed for annual events and festivals in each region of Okinawa.

Kumi-odori, a comprehensive art combines the best of Ryukyu dynasty culture and entertainment 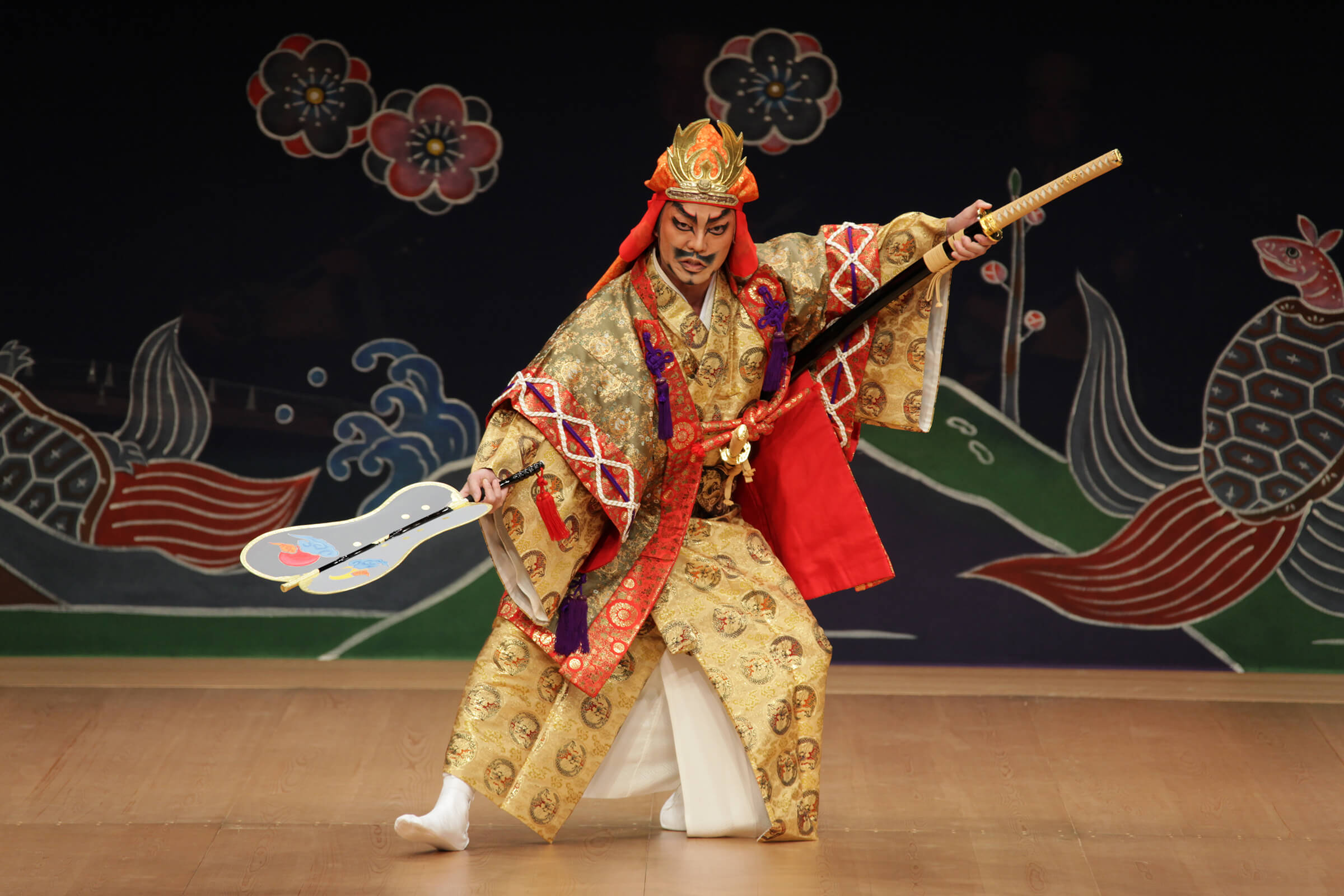 Kumi-odori is an opera that consists of dialogue, music, postures and dances, and has a history of 300 years since its premiere in 1719. It was created by the Ryukyu Royal Government to welcome the envoys of the Chinese emperor, and is said to be a comprehensive art that combines the best of the culture and performing arts of the Ryukyu dynasty. In 1972, the year when the administration of Okinawa was returned from the United States to Japan, Kumi-odori was regarded as one of Japan’s outstanding performing arts, and was designated as an important intangible cultural property of the country, like Noh, Kabuki, and Bunraku. In 2010, it was listed on the “List of Representatives of Intangible Cultural Heritage of Mankind” under the United Nations Educational, Scientific and Cultural Organization (UNESCO) Convention on the Protection of Intangible Cultural Heritage.

Music is a very important role in Kumi-odori, and the songs by the sanshin players expressed the character’s personality, feelings (moods) , and scene changing. Songs called “Ryuka” are mainly performed, it is a four-line poem written in a 8/8/8/6 syllable count. 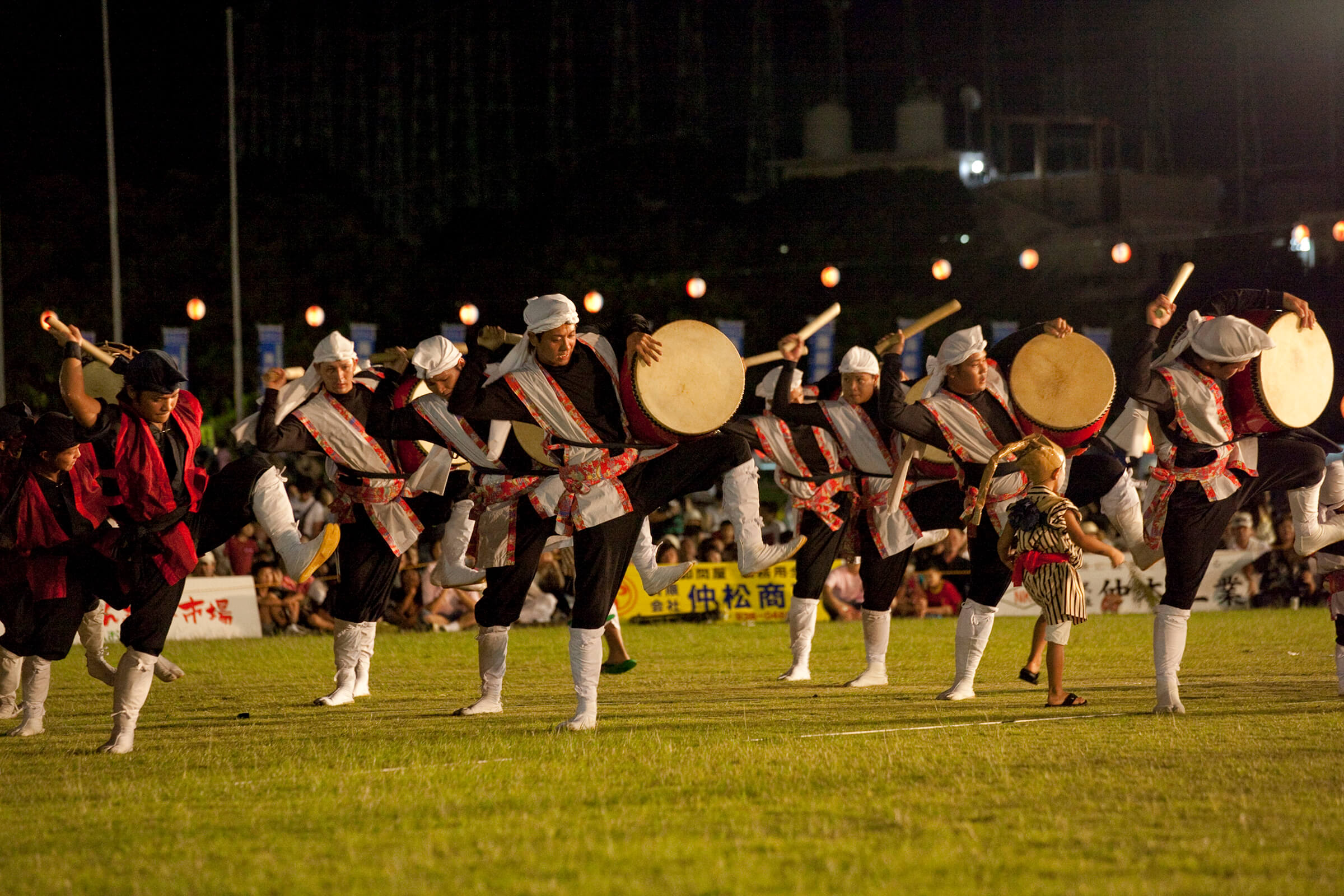 Eisa is a traditional performing art especially danced and marched around each community on the night of the bon festival welcoming the ancestors. The origin of eisa is still verified but mainly youth associations in each region have developed their own styles to perform. There are several classic forms but currently, most of them are taiko-eisa performing with o-daiko (large drum) and shime-daiko (small drum) and the Central Okinawa Main Island is the most prosperous area. It is said that the eisa danced only by hand without any drums in the Northern Okinawa Main Island is the oldest form of eisa.

Every year when the old bon approaches, you hear the hitting sound of drums from each public hall where the youth association practices michi-june (walking along the streets while dancing eisa) and you think that the summer has come. On the weekend after the old bon festival, Okinawa Zento Eisa Matsuri is held in Okinawa City which is the largest eisa festival in Okinawa and youth associations from each region gather to show their eisa.